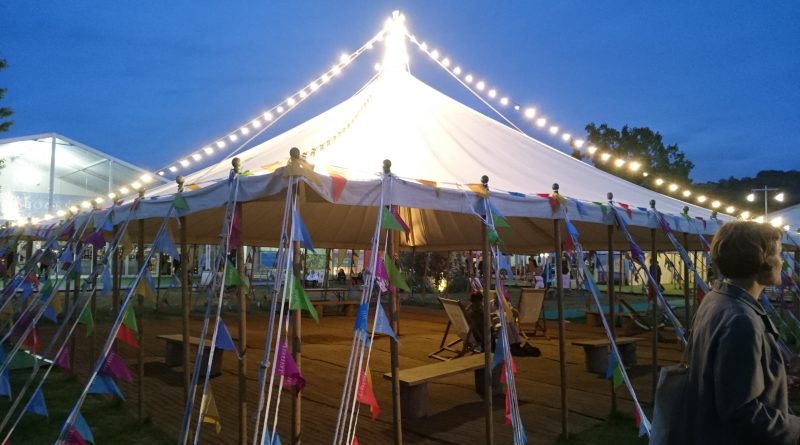 This week in sun drenched Hay on Wye we’ve been talking about rapid transition to a better way of doing things. And by that we mean a way of doing things, a future, that doesn’t actually kill millions of us, impoverish other millions, further enslave Nature, and give way to a merciless monetisation of everything that used to come with moral and aesthetic values attached.

So, a tallish order. But in three sessions we at New Weather, aided by fantastic speakers and by informed and committed audiences, had a fair crack of the whip at coming up with some workable solutions and directions that could be undertaken now – this very day.

Richard Murphy and Andrew Simms fashioned the new economics and David Boyle, Molly Conisbee and Clare Brass worked on creating a new culture. The third discussion was chaired by me with the wonderful Howard Johns , the top solar energy expert and author of the just published Energy Revolution and Andrew Simms, guru of how fast change can be made to occur.

Oddly, given the correct perceptions about how our built environment has raised global warming to its highest ever levels this century, the prevailing mood was extremely optimistic.  Howard Johns points out that the technology is all there- we can fit out our knackered old houses and flats to be energy efficient. We can use solar- its costs are plummeting and its technology is widely and commonly understood. Costa Rica has the political aim to be the world’s first carbon neutral country and is already supplying 90 percent of its electricity needs from renewables. Denmark is set on the same path. The successful moves in small and large communities to change their energy consumption inevitably leads to political and social change . Call it empowerment.

Andrew pointed out from gripping 19th century examples that the common gripe used against rapid switchover to new ways of organising society -we haven’t the capacity-ignores how much we can do in-literally- days if we put our minds to it. Laying hundreds of miles of rail track in one weekend is documented in the 1890s. And this needs jobs…a plus surely?

Agreement by the end of the session was that the political class in Britain is unlikely to take the steps we need to have a built environment that doesn’t fatally consume our natural resources. Its up to us. The more of it we do, the easier it will get and finally the politicians will get it too.

There was a PS. Howard and Andrew argued passionately for Remain on 23 June. The Leavers have fatally handed over power to a truly unaccountable financial and corporate elite so they can’t claim to be pioneers of self determination. And the EU has pioneered and safeguarded environmental progress in ways that Brexit, should it win, would fatally cut back.

New Weather @NewWeatherInst
RT @AndrewSimms_uk: On this 👇 a few thoughts from earlier in the year & the case for ecological interest rates... https://t.co/TH1ceBGsjq h…
(about 16 hours ago)

New Weather @NewWeatherInst
RT @AndrewSimms_uk: While the latest variant reveals the myopic failure of rich countries to share vaccines, tech & patents, it is part of…
(about 2 days ago)
Follow @NewWeatherInst