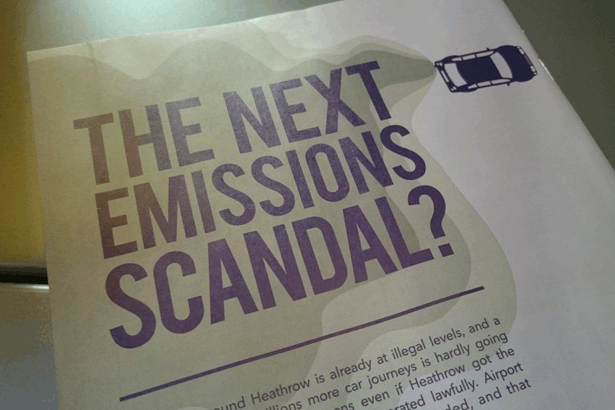 The politics and economics of energy and climate change – two, huge, linked themes – dominated the year. And nowhere, from governments to anti-austerity oppositions on the left, are the full implications for economies being appreciated. The Paris climate talks fell in December 2015 setting the year’s agenda so that almost all environmental issues were seen in the context of agreeing a replacement, international deal on global warming, including the process to set new, universal Sustainable Development Goals.

Shocking compared even to the mendacity of the tobacco industry, which suppressed scientific evidence on the link between smoking and cancer, were revelations that the oil company Exxon had known for decades about the science of climate change and yet obfuscated and lobbied against action that would inconvenience the fossil fuel industries. It then emerged that Exxon were not alone. From the late 1970s, oil majors from Shell to Texaco, Mobil, Amoco, Gulf Oil and others all knew. For nearly 40 years, therefore, fossil fuel companies had been conducting a massive, knowing geo-engineering experiment with the planet’s atmosphere for enormous private profit, and accepted for the transitory, ancillary benefits it provided in powering a growth and high energy-based economy.

We all now live with the consequences and challenge of reversing out of the economy’s subsequent fossil fuel-powered growth dependence. Setting the scene for how to approach the challenge, the Human Development Report of the United Nations Development Programme, reminded that there is no automatic link between economic growth and human development. Countries with similar income like Chile and Equatorial Guinea can have very different human outcomes, while countries with similar levels of development like Gabon and Indonesia, can have different levels of income.

Separately, the attractive idea that technology and efficiency alone might allow the wealthy world to deal with climate change without a fundamental change in economic direction was dashed by research revealing that the long-promised (and longed for) decoupling of growth from resource use was mostly illusory and an artefact of incomplete accounting. Research published by the US Proceedings of the National Academy of Sciences found that, “Achievements in decoupling in advanced economies are smaller than reported or even nonexistent…. As wealth grows, countries tend to reduce their domestic portion of materials extraction through international trade, whereas the overall mass of material consumption generally increases.” So, just as growth does not guarantee human development (although obviously for very poor countries it may accompany it), you cannot grow your way to reducing your environmental impact. Hence, there is no environmental Kuznet’s curve in a growth economy, just an upward slope of impact at the aggregate level like the rising line of emissions and greenhouse gas concentrations in the atmosphere. Information and service driven economies tend merely to export their environmental impact.

The Paris agreement to some extent set a new framework for these issues. For diplomats the agreement was a resounding success and the mother of all New Year’s resolutions. For some scientists, good presentation masked a fudge on the climate science and obscured its economic implications. The agreement commits signatories to act to halt temperature rises, “well below 2°C above pre-industrial levels and to pursue efforts to limit the temperature increase to 1.5°C above pre-industrial levels.” Inclusion of the 1.5°C figure was considered a triumph for lobbying by the recently formed ‘climate vulnerable’ group of countries, who broke ranks from the traditional G77 negotiating block which carried major fossil fuel interests.

Pledges made by countries are non binding, but for the 180 plus countries making  commitments they are obliged to publish and regularly ‘upward review’ their pledges such that, and “the efforts of all parties will represent a progression over time.” An initial stock take will happen in 2018. However, depending on whose estimate you take, the pledges made in Paris leave the world committed to somewhere between 2.7 – 4°C of warming. As anywhere in this range is beyond the point that domino effects begin it means a course of potentially irreversible, catastrophic warming.

Even then, the models used to arrive at the lower, but still dangerous levels of warming, make assumptions that test reality. Some assume either that global emissions peaked in the past – when they are still rising – and others that in the future non-existent, speculative technology will be able to remove at scale vast quantities of greenhouse gases. Some models assume both. Other key points of Paris were: recognition of the loss and damage to vulnerable nations from warming already locked into the climate system, but without acceptance of the need to compensate; a modest pot of money for low income countries’ adaptation; a long term goal of achieving net zero emissions (however meaningless if irreversible warming begins first); and the fact that there are no sanctions for not meeting commitments.

It was in this stark context that many viewed several decisions by the UK government as decidedly odd. Cuts to clean energy, a decision to allow fracking for gas beneath National Parks, re-opening the previously closed book of aviation expansion via a new runway at Heathrow, privatisation of the Green Investment Bank with a related potential dilution of its mission, cuts to key environmental departments in government and, as severe flooding hit several parts of the UK, an inability even to protect its own population from increasing weather extremes of a kind set to become more common in a warming world. Indeed, cuts to clean energy incentives were justified by the government on the grounds of opposing a ‘permanent subsidies’ model, even in a year when George Osborne, Chancellor of the Exchequer, announced new fossil fuel subsidies, and the government introduced a new legal obligation for the maximum use of North Sea oil and gas.

But then, the mainstream Labour Party too, showed that it hadn’t really got the message either. It wasn’t a good look when, the day after the Paris climate deal was agreed, Labour MP Sadiq Khan, the Party’s candidate for London Mayor, called for UK aviation expansion. And, through effective lobbying, aviation had once again been left out of the climate agreement. Almost everyone wanted to celebrate a diplomatic success in Paris, but no one, it seemed wanted to develop a logical path for subsequent action. The Confederation of British Industry pushed for Heathrow’s third runway even as it applauded the agreement. But, as an understanding that much of our remaining fossil fuels are now unburnable spreads, and the movement for divestment from its industry grows, such voices will look increasingly anachronistic and out of touch.

More broadly an economic model of debt-fuelled overconsumption has steadily reasserted itself in the UK, with the consumer debt that has been worrying the Bank of England rising again in a pattern that preceded the 2007-2008 financial crisis.

As 2016 looks set to be hotter still than 2015, our greatest challenge will be to learn how to flourish within planetary boundaries. Those on the left of economics cannot provide a meaningful alternative to neo-liberalism by critiquing austerity for its failure to deliver growth. There needs to be a positive vision articulated for how everyone can live well respecting environmental thresholds. In rich countries like the UK that means replacing consumption-led growth for a new kind of materialism that respects and cares for the material world, and tackles human need and aspiration through better distribution and a more creative approach to the art of living.

This article is an extract from: The Cracks Begin to Show: A Review of the UK Economy in 2015 – By Economists for Rational Economic Policies, published & hosted by www.primeeconomics.org.

Aviation lobbies for special treatment. The UK’s Gatwick airport bids to build a new London runway in favour of Heathrow, but climate doesn’t care which airport emissions come from.

3 thoughts on “A Year of Still Living Dangerously”